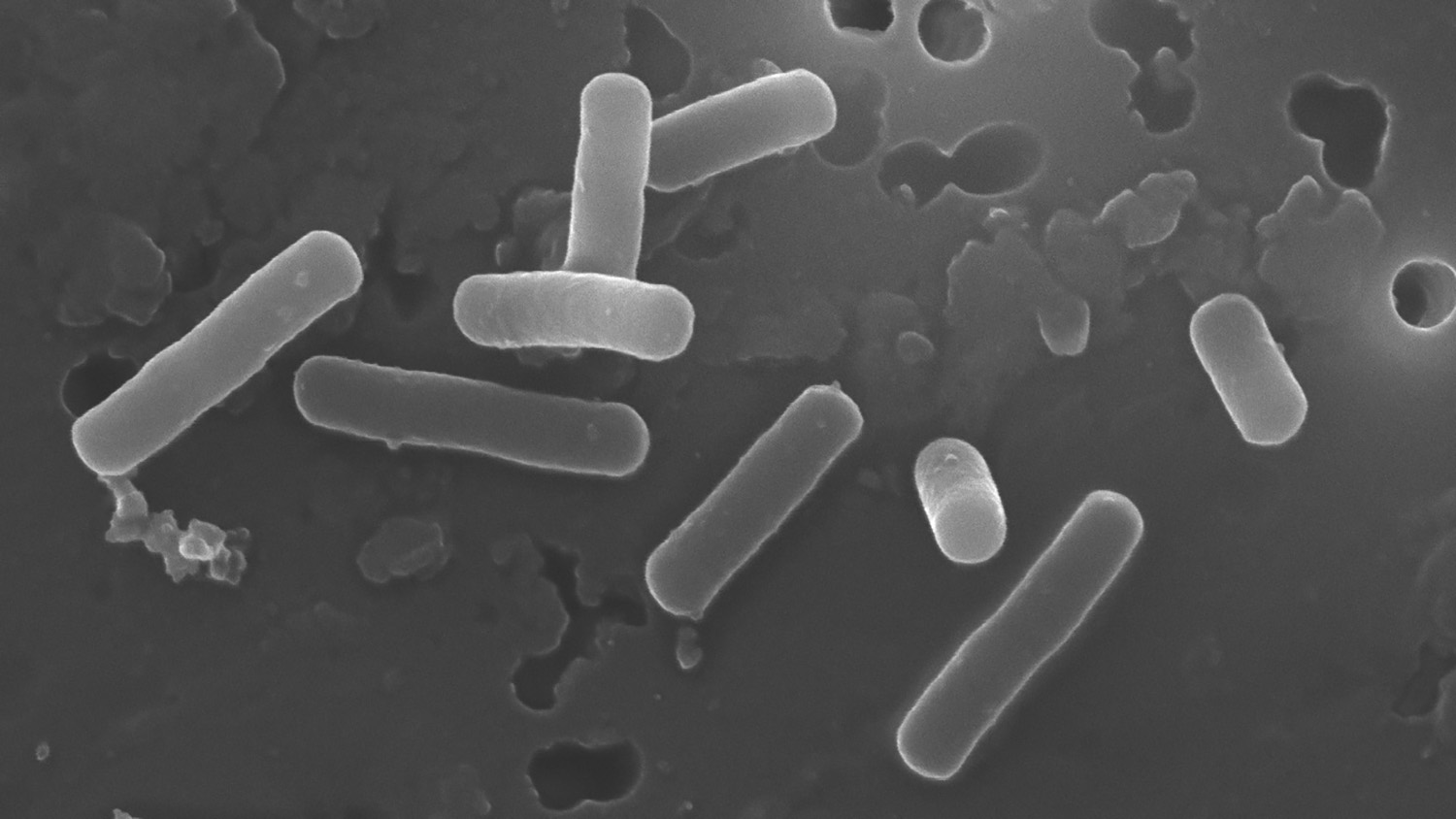 New research from North Carolina State University reveals that probiotic Lactobacillus bacteria use enzymes situationally to manipulate bile acids and promote their own survival in the gut. These findings further elucidate the complicated relationship between bile acids and gut bacteria and could eventually enable researchers to design lactobacilli with therapeutic properties, thereby engineering a healthier human gut environment.

Bile acids are key players in digestion and overall gut health. Produced in the liver and released after we eat, these acids not only break down cholesterol and help regulate fat absorption, they also have a huge impact on what types of bacteria colonize the gut.

“The assumed relationship was that probiotic bacteria like Lactobacillus have BSHs that just deconjugate the bile acid, rendering it less toxic and allowing the bacteria to survive,” says Casey Theriot, associate professor of infectious disease at NC State and co-corresponding author of a paper describing the work. “But the reality is a lot more complex – these enzymes are more specific than we thought. Depending on which BSH is there and which bile acid it acts on, you can shape the gut in different ways, making it more or less hospitable to bacteria or pathogens.”

“The interplay between bile and bacteria has a huge impact on their ability to live, thrive or die in a very competitive environment,” says Rodolphe Barrangou, Todd R. Klaenhammer Distinguished Professor in Probiotics Research at NC State and co-corresponding author of the work. “So we set out to further investigate that relationship.”

Theriot, Barrangou, and Matthew Foley, a postdoctoral research scholar at NC State and first author of the paper, did both in vitro and in vivo experiments to determine how and whether BSHs reduced bile acid toxicity. First, they looked at the growth of two strains of Lactobacillus in the presence of different bile acids and were surprised to find that the conjugated glycine or taurine played a big role in determining the toxicity of a given bile acid. The BSHs were then isolated and biochemically studied to determine whether they were more or less active on specific bile salts, and whether they could affect the survival of lactobacilli when grown in the presence of bile acids.

They found that bile acid toxicity was not merely dependent upon whether the bile acid was conjugated or deconjugated by a BSH; rather, the relationships were dependent upon the type of bile acid, the bacteria being acted upon, and which BSH was present.

“When we altered the BSH composition of these Lactobacillus strains, their tolerance of the bile acids and thus their competitive fitness were also altered,” Barrangou says. “These BSH enzymes have diverse properties. Bacteria pick up and drop off enzymes regularly – sometimes they pick up enzymes that will help them survive (make bile acid less toxic) or they could pick up an enzyme that will hurt competition.

“So the relationship between bacteria, BSHs and bile acids aren’t just one to one. This knowledge could help us strategize ways to improve human health by extending the lifespan of beneficial microbes or preventing the colonization of pathogens.”

“If we’re going to try and design the gut microbiota in the future, we really have to understand all the players – bacteria, enzymes and bile acids – and their situational relationships.” Theriot says. “This work is a big first step in that direction.”

“BSHs are just one tool that lactobacilli use to adapt to life inside the competitive intestinal tract.” Foley says. “Our future work will further our knowledge of bacterial-modified bile and its consequences for our health.”

The work appears in Proceedings of the National Academy of Sciences, and was supported by the National Institutes of Health (grant P30 DK034987) and DuPont Nutrition and Health.

Note to editors: An abstract follows.

Abstract:
Primary bile acids (BAs) are a collection of host-synthesized metabolites that shape physiology and metabolism. BAs transit the gastrointestinal (GI) tract and are subjected to a variety of chemical transformations encoded by indigenous bacteria. The resulting microbiota-derived BA pool is a mediator of host-microbiota interactions. Bacterial bile salt hydrolases (BSHs) cleave the conjugated glycine or taurine from BAs, an essential upstream step for the production of deconjugated and secondary BAs. Probiotic lactobacilli harbor a considerable number and diversity of BSHs, however their contribution to Lactobacillus fitness and colonization remains poorly understood. Here, we define and compare the functions of multiple BSHs encoded by Lactobacillus acidophilus and Lactobacillus gasseri. Our genetic and biochemical characterization of lactobacilli BSHs lend to a model of Lactobacillus adaptation to the gut. These findings deviate from previous notions that BSHs generally promote colonization and detoxify bile. Rather, we show that BSH enzymatic preferences and the intrinsic chemical features of various BAs determine the toxicity of these molecules during Lactobacillus growth. BSHs were able to alter the Lactobacillus transcriptome in a BA-dependent manner. Finally, BSHs were able to dictate differences in bacterial competition in vitro and in vivo, defining their impact on BSH-encoding bacteria within the greater GI tract ecosystem. This work emphasizes the importance of considering the enzymatic preferences of BSHs alongside the conjugated/deconjugated BA-bacterial interaction. These results deepen our understanding of the BA-microbiome axis, and provide a framework to engineer lactobacilli with improved bile resistance and use probiotics as BA-altering therapeutics.