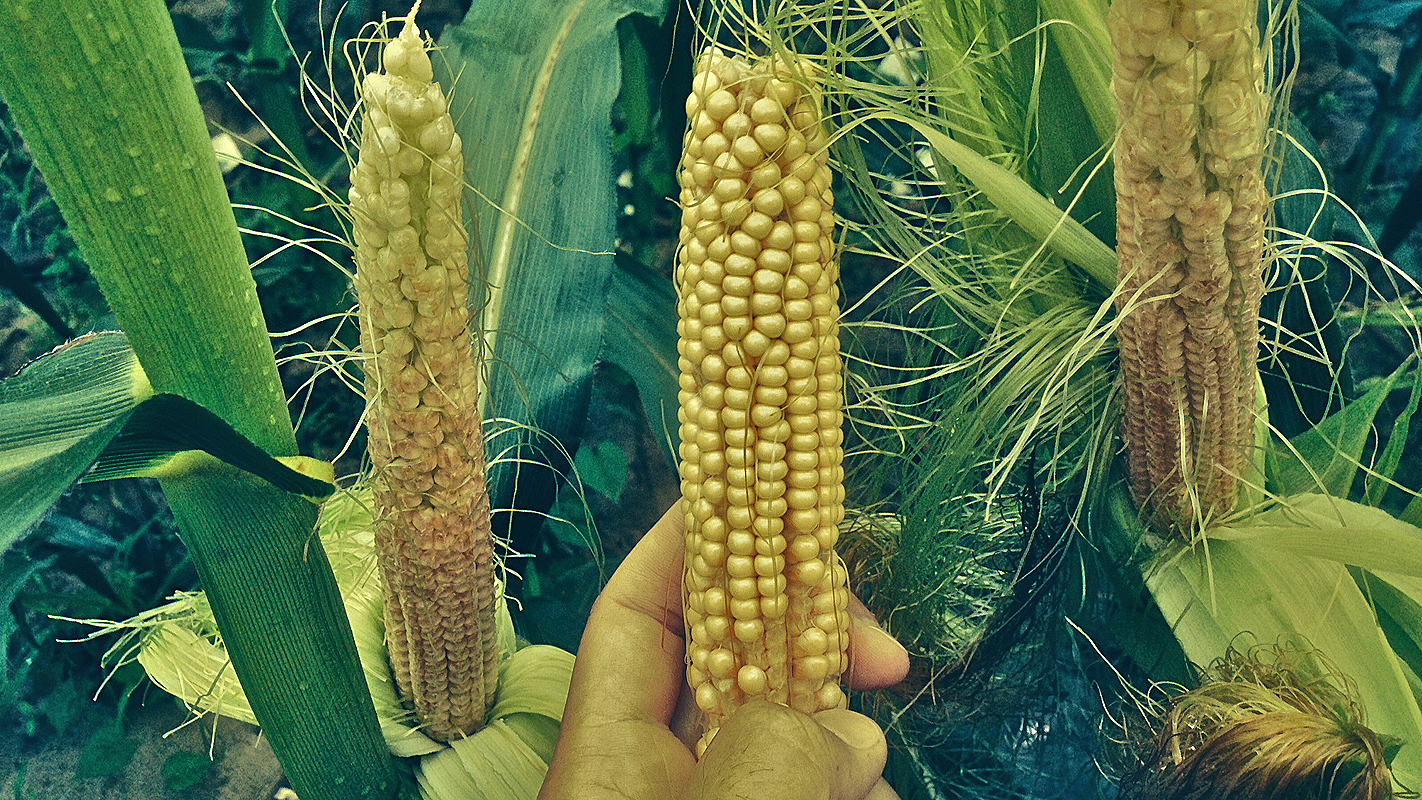 Researchers at North Carolina State University have found a specific gene in corn that appears to be associated with resistance to two and possibly three different plant leaf diseases.

In a paper published this week in Nature Genetics, NC State researchers pinpoint the gene – caffeoyl-CoA O-methyltransferase – that seems to confer partial resistance to Southern leaf blight and gray leaf spot, and possibly to Northern leaf blight, a trio of diseases that cripple corn plants worldwide.

Finding out more about the mechanisms behind complex traits like disease resistance has the potential to help plant breeders build the best traits into tomorrow’s corn plants, says paper corresponding author Peter Balint-Kurti, a research plant pathologist and geneticist for the U.S. Department of Agriculture-Agriculture Research Service (USDA-ARS) who is housed at NC State.

Balint-Kurti’s group and colleagues identified several regions of the genome where genetic variation had a significant effect on variation in resistance to multiple diseases.

“There were hundreds of genes in this region and identifying the specific genes affecting disease resistance was a challenge,” Balint-Kurti said. “It’s like looking for a particular restaurant in a city – without Google to assist you.”

Balint-Kurti says the gene appears to confer a small but important disease-resistance effect.

“It’s difficult to see these small effects, but it is also difficult for pathogens to adapt to counter them,” Balint-Kurti said. “Much of the resistance to Southern leaf blight and gray leaf spot is conferred by multiple genes that each have small effects.”

Southern corn leaf blight is a moderate problem in the southeastern United States, Balint-Kurti says, and can be a significant problem in Southeast Asia, southern Europe and parts of Africa. Prevalent in hot, humid climates around the globe, it causes small brown spots on leaves. The spots get larger and eventually spread to the whole plant. Severe infections can cause major corn yield losses. Gray leaf spot – which produces an eponymous effect – is found both in the U.S. Midwest and Southeast and is also an important corn disease in Africa. Northern leaf blight can be found in the Midwestern corn belt and in the Northeast; it causes cigar-shaped lesions on leaves. All three are so-called necrotrophic pathogens that derive much of their nutrition from dead host tissue.

“This gene is also involved in suppressing programmed cell death,” Balint-Kurti says, “which, perhaps counter-intuitively, can be a good defense mechanism against necrotrophic fungi like these three diseases.”

Note: An abstract of the paper follows.

Abstract: Alleles that confer multiple disease resistance are valuable in crop improvement though molecular mechanisms underlying their functions remain largely unknown. A quantitative trait locus, qMdr9.02, associated with resistance to three important foliar maize diseases, southern leaf blight, gray leaf spot and northern leaf blight had been identified on maize chromosome 9. Through fine mapping, association analysis, expression analysis, insertional mutagenesis, and transgenic validation, we demonstrate that ZmCCoAOMT2, which encodes a caffeoyl-CoA O-methyltransferase enzyme associated with the phenylpropanoid pathway and lignin production, is the gene within qMdr9.02 conferring quantitative resistance to both southern leaf blight and gray leaf spot. We suggest that resistance might be caused by allelic variation at the level of both gene expression and amino acid sequence causing differences in levels of lignin and other metabolites of the phenylpropanoid pathway and in regulation of programmed cell death.