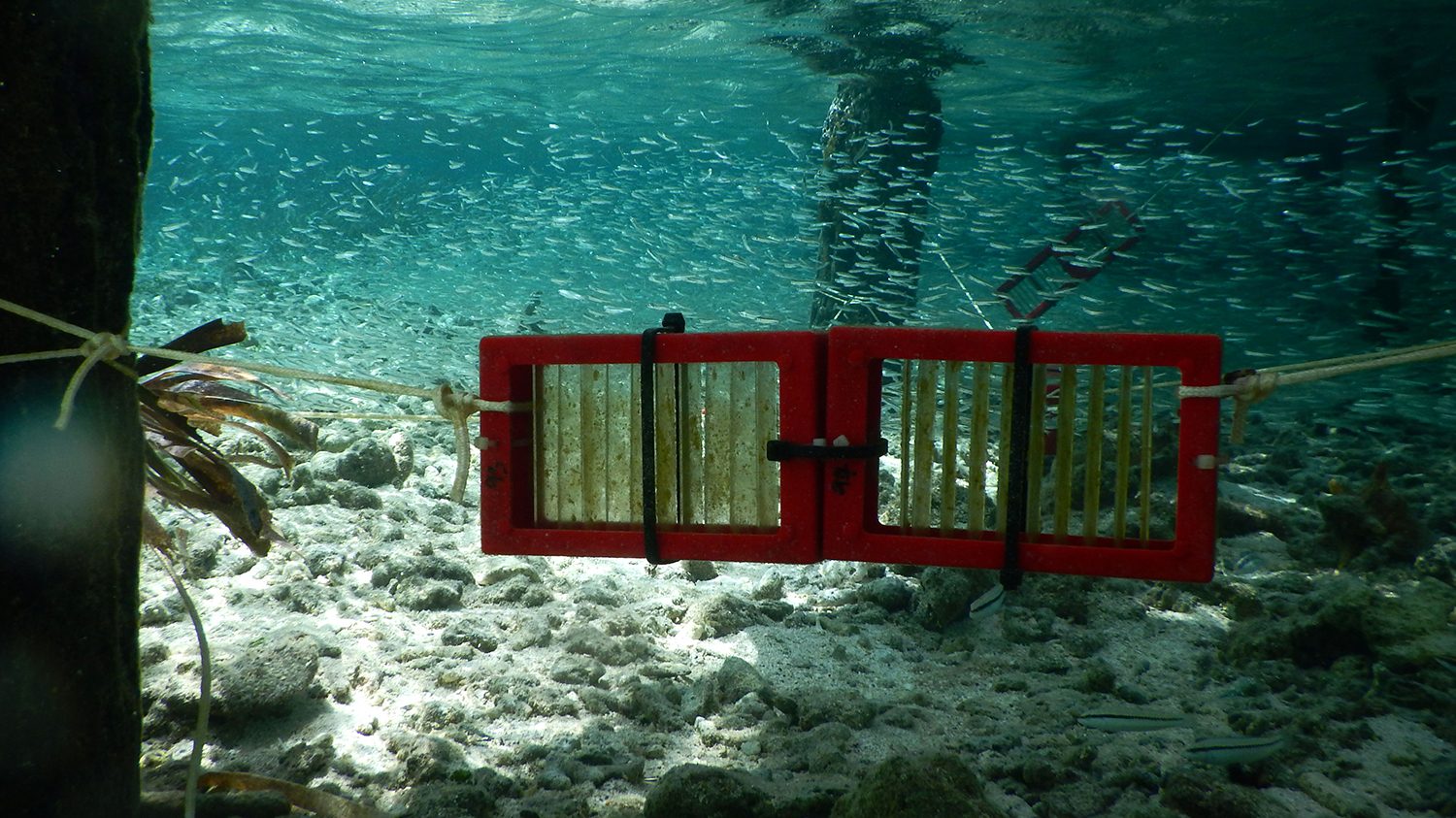 Adapted from a news release from the Max Planck Institute for Marine Microbiology Trichoplax, one of the simplest animals on Earth, lives in a highly specific and intimate symbiosis with two types of bacteria that had not been well understood.

Trichoplax is one of the simplest animals one can imagine. It looks like a shapeless little blob. Senior author Nicole Dubilier, of the Max Planck Institute for Marine Microbiology, says it reminds her of a potato chip. Trichoplax lives in warm coastal waters around the world, where it grazes on microscopic algae that cover sand and rocks.

Although most aquarists may not know it, Trichoplax can also be found in almost any saltwater aquarium with corals. Trichoplax, together with sponges and jellyfish, belongs to one of the simplest lineages of the animal kingdom.

Until the 1970s, it was not clear if Trichoplax is a proper, fully-grown animal or just the juvenile stage of a jellyfish. Only about a half a millimeter in diameter, these animals lack a mouth, gut and any other organs, and are made up of only six different kinds of cells.

Its simplicity makes it a popular model organism for biologists. Through their collaborative research, the researchers discovered that Trichoplax is not as simple as it looks. It lives in a remarkably sophisticated symbiosis with highly unusual bacteria.

The first observation of bacteria in Trichoplax was nearly 50 years ago by the German zoologist Karl Grell. No one has really taken a closer look since then. The researchers investigated the bacterial tenants of Trichoplax by sequencing their genomes and using advanced microscopy to see where they live. 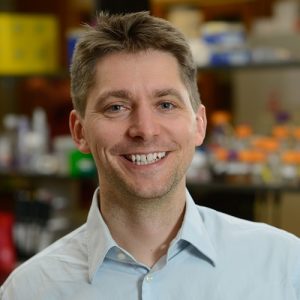 Manuel Kleiner, an assistant professor in NC State’s Department of Plant and Microbial Biology, said his lab’s role in the study was using high-end mass spectrometry-based metaproteomics methods to identify and quantify proteins from both the symbionts and their host.

“This provided insights into the physiology and lifestyle of the involved partners,” Kleiner said. “The tricky part was that these animals are extremely tiny, so we had to use extra care in our extraction methods to be able to detect molecules from the animal and its symbionts.”

Despite being so simple, Trichoplax harbors two very different – and unusual – bacterial symbionts in its cells. As Harald Gruber-Vodicka says, “Both symbionts are very picky – or cell-specific, as we call it. Each symbiont lives in only one type of host cell.”

Grellia – the first known symbiont to live in the endoplasmic reticulum

One symbiont, named Grellia after the zoologist Karl Grell, lives inside the endoplasmic reticulum (ER) of Trichoplax, and is the first symbiont known to permanently live in an animal’s ER. The ER plays a central role in protein and membrane production.

Proving that Grellia is truly in the ER was challenging. “We reconstructed a detailed three-dimensional model of the ER to show that Grellia lives inside of it, supported by the electron microscopy facility of the Max Planck Institute of Molecular Cell Biology and Genetics in Dresden,” Niko Leisch explains. “Other parasitic bacteria imitate the structure of the ER to trick the hosts into thinking they are not harmful. However, our imaging data clearly showed that Grellia lives inside its host’s ER.”

Intriguingly, Grellia, although closely related to parasites, doesn’t appear to be harmful for Trichoplax. “Although it has genes that would allow it to steal energy from its host, it does not use them,” Leisch continues.

The second symbiont of Trichoplax, Ruthmannia, belongs to a group of bacteria that were only recently discovered, the Margulisbacteria.

“Before our study, Margulisbacteria were part of the so-called microbial dark matter — the vast majority of microbial organisms that biologists find through sequencing, but are unable to culture,” explains Harald Gruber-Vodicka. “We have never actually seen them, even though their genetic traces were found in aquatic samples all over the globe.”  Now Gruber-Vodicka and Leisch took the first images of a Margulisbacteria. “It’s the first time we could see a member of this group. For us, observing this microbial dark matter was just as exciting as imaging black holes.” This symbiont lives in cells that Trichoplax uses to digest its algal food. “Ruthmannia appears to only eat the fats and other lipids of the algae, and leaves the rest to its host. In return, we think Ruthmannia may provide Trichoplax with vitamins and amino acids.”

With Trichoplax thriving in the lab cellars of the Max Planck Institute for Marine Microbiology, the authors now have continuous access to this enigmatic group of bacteria.This symbiont lives in cells that Trichoplax uses to digest its algal food. “Ruthmannia appears to only eat the fats and other lipids of the algae, and leaves the rest to its host. In return, we think Ruthmannia may provide Trichoplax with vitamins and amino acids.”

“In this study, we focused on the symbiotic partners of a single Trichoplax species,” Dubilier says. “However, at least 20 more species have been described, and our first results indicate that each host species has its own, very specific set of symbionts. We are excited about taking a closer look at this remarkable diversity and how it evolved.” 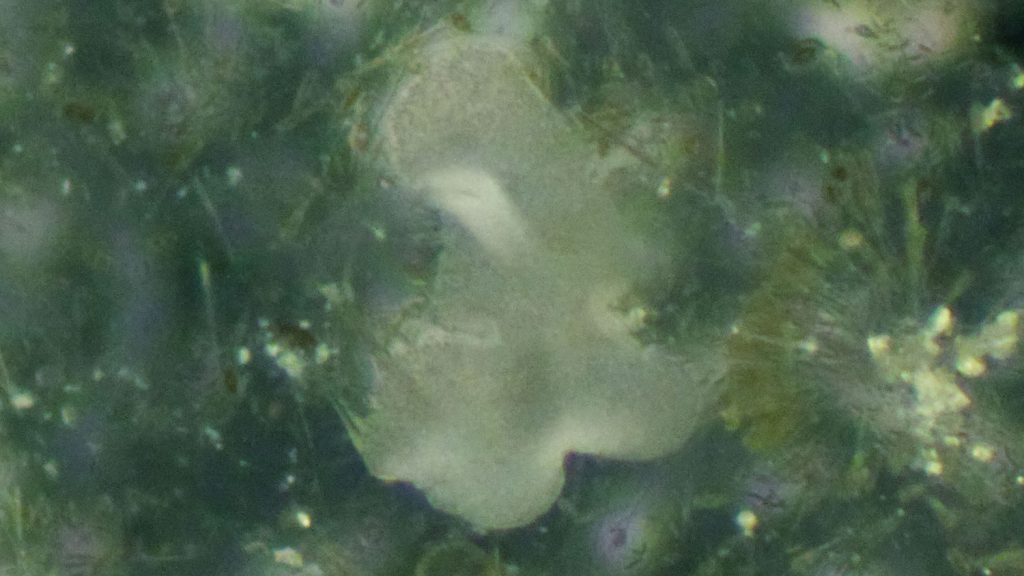 A trichoplax as it grazes on an algal biofilm. Photo by Harald Gruber-Vodicka

Summary: Placozoa is an enigmatic phylum of simple, microscopic, marine metazoans. Although intracellular bacteria have been found in all members of the phylum, almost nothing is known about their identity, location and interactions with their host. We used metagenomic and metatranscriptomic sequencing of single host individuals, plus metaproteomic and imaging analyses to show that the placozoan Trichoplax H2 lives in symbiosis with two intracellular bacteria. One symbiont forms a new genus in the Midichloriaceae (Rickettsiales) and has a genomic repertoire similar to that of rickettsial parasites, but does not appear to express key genes for energy parasitism. Correlative microsopy and 3-D electron tomography revealed that this symbiont resides in an unusual location, the rought endoplasmic reticulum of its host’s internal fiber cells. The second symbiont belongs to the Margulisbacteria, a phylum without cultured representatives and not known to form intracellular associations. This symbiont lives in the ventral epithelial cells of Trichoplax, likely metabolizes algal lipids digested by its host and has the capacity to supplement the placozoan’s nutrition. Our study shows that even the simplest animals known have evolved highly specific and intimate association with symbiotic, intracellular bacteria and highlights that symbioses with microorganisms are a basal trait of animal life.