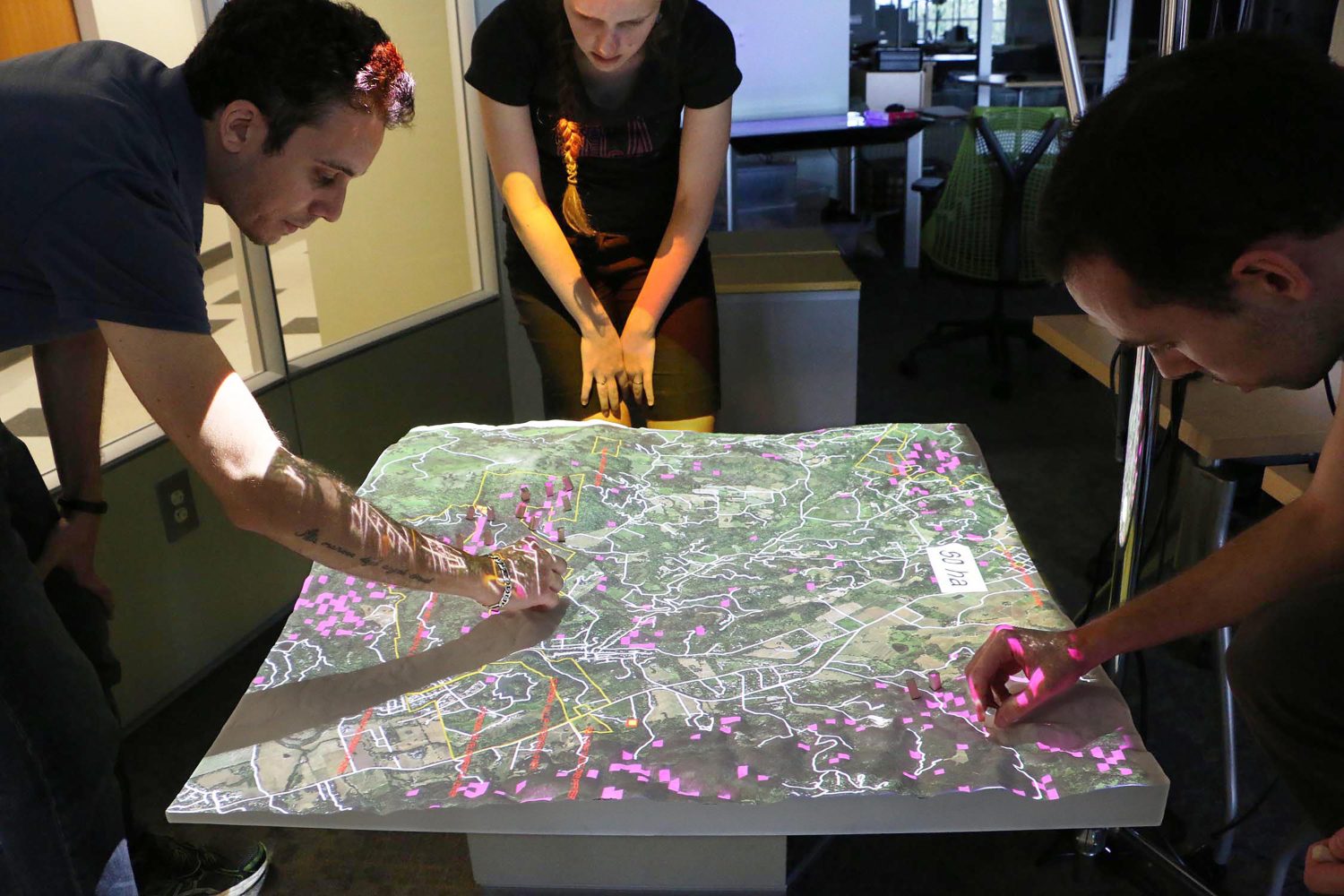 When making management decisions about complex environmental issues, it’s wise to give stakeholders with different points of view a seat at the table – preferably a landscape-shaped table with a computer-generated surface that participants can control with hand motions to get immediate feedback about possible solutions.

“Using the Tangible Landscape model opens up new ways for stakeholders to interact with information and with each other,” says lead author Francesco Tonini, a former North Carolina State University postdoctoral researcher now at Michigan State. “Participants who work with the model don’t have to be familiar with all of the technical aspects of the disease to see the impact of a management strategy in real time. They can try different approaches, collaborate and make adjustments in their strategies.”

For the study, Tonini and his colleagues programmed a wealth of information about sudden oak death into the geospatial tool, which projected a landscape onto a large three-dimensional model of a wooded area in Sonoma Valley, California. Participants then made decisions about where to remove bay laurel trees, a known host for the disease. With simple hand motions, they removed trees, watching results appear in almost real time as their actions were scanned and fed into a computer model for recalculation. The model generated information about how the disease spread and how many oak trees were saved at what cost, based on how many trees were removed and in which locations.

During the role-playing session, Tonini and his colleagues considered an outbreak from various points of view: as a forest manager responsible for public land, as a landowner focused on the private property impact and as a conservationist in favor of preserving natural resources.

The forest manager, who went first, saved 68 oak trees per hectare at a cost of $250,000, or $693 per oak. The landowner, who focused on areas adjacent to his property, spent $190,000 but saved few trees due to the limited approach. The conservationist, who went last, saved 189 oaks per hectare at a cost of $159 per oak. But that approach, like the others, didn’t contain the outbreak. The team collaborated to find the most effective solution, which involved culling bay laurel trees at the disease origin points to contain the spread. The collaborative strategy saved more oaks and slowed the disease’s spread most effectively.

“It was eye-opening to consider the range of perspectives and to find ways to collaborate, even while playing a role,” Tonini says. “We’re looking forward to having this model used in upcoming test workshops in California.”

User-friendly models like Tangible Landscape are well-suited for decision making with many large-scale environmental problems, as well as infectious diseases in people, said co-author Ross Meentemeyer, director of NC State’s Center for Geospatial Analytics, which collaborated on the research with scientists at the University of California, Davis.

“What we learn here could be transformative for bringing stakeholders together on a range of complicated issues and helping them reach consensus,” Meentemeyer says. The research was supported by the National Science Foundation as part of the joint Ecology of Infectious Diseases program with the National Institutes of Health.