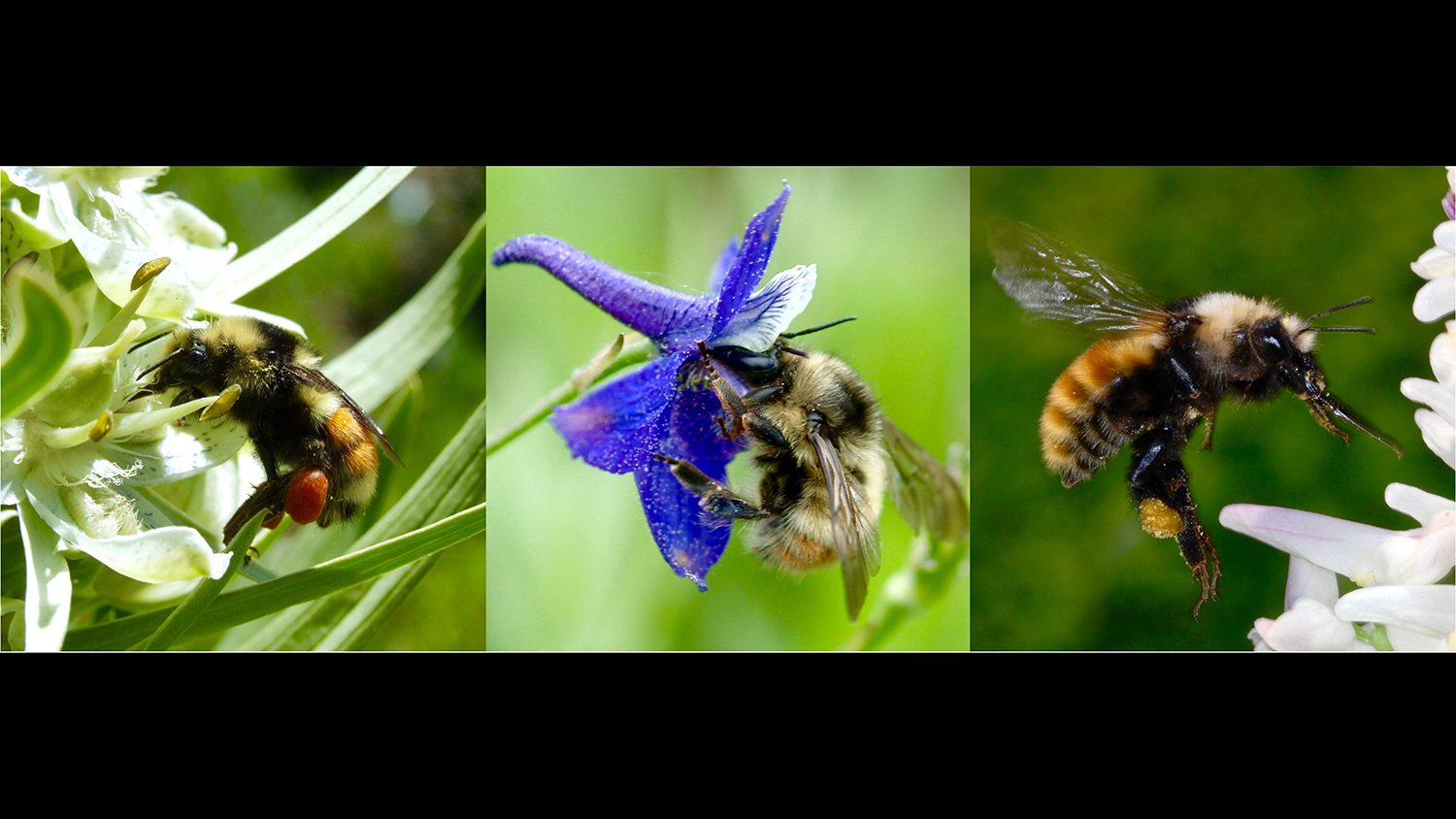 In a study that shows the importance of climate change on critical pollinators, North Carolina State University researchers found that earlier and longer flowering seasons can have poor effects on the bumble bees that rely on these flowers to live and thrive.

“We wanted to understand how climate change is affecting bee populations – specifically three species of bumble bees that live at higher altitudes and are important pollinators,” said Rebecca Irwin, an NC State professor of applied ecology and co-principal investigator on the study, which is published in the journal Ecology Letters. “We asked whether variation in snowmelt timing and summer precipitation directly affected bumble bee colonies and their survival, or if the snowmelt and precipitation effects on flowers were more important. It turns out that the effects on flowers played a more critical role in affecting bee populations.”

Irwin and colleagues examined bee, flower and climate data collected at the Rocky Mountain Biological Laboratory in southwest Colorado. A 43-year timespan of data on the timing and number of flower blooms showed that the earlier snowmelt due to warmer temperatures and lower snowfall caused flowers to bloom earlier, extending the flowering season.

While that sounds like a good thing, Irwin cautions that – particularly in the early and middle portions of the flowering season – longer flowering seasons may be thinning out the number of blooms available each day, creating “troughs,” or more days with low flower food for bees.

“In this case, the longer flowering season does not result in more flowers,” said Sean Griffin, an NC State graduate student and co-author of the paper.

The researchers also examined data on bee populations for the past eight years. They found that the changes in flower season length had the greatest effect on bees.

Irwin said she plans to continue adding to the bee population dataset in order to learn more about the effects found in this study and to expand it to other types of bees.

“One of the few things we can count on in life is change, but in nature that change can happen slowly,” said Irwin. “Long-term studies such as this one are important for documenting how our flowers and our bees are responding to a changing climate, and how they will respond as climate continues to change.”

Corresponding author Jane Ogilvie, Brian Inouye and Nora Underwood from Florida State University also co-authored the paper, as did Zachariah Gezon from Disney’s Animal Kingdom and David Inouye from the University of Maryland. The study was funded by the National Science Foundation under grants DEB-9408382, IBN-9814509, DEB-0238331, DEB-0922080 and DEB-1354104 and by NC State.

Abstract: Climate change can influence consumer populations both directly, by affecting survival and reproduction, and indirectly, by altering resources. However, little is known about the relative importance of direct and indirect effects, particularly for species important to ecosystem functioning, like pollinators. We used structural equation modelling to test the importance of direct and indirect (via floral resources) climate effects on the interannual abundance of three subalpine bumble bees. Additionally, we used long-term data to examine how climate and floral resources have changed over time. Over 8 years, bee abundances were driven primarily by the indirect effects of climate on the temporal distribution of floral resources. Over 43 years, aspects of floral phenology changed in ways that indicate species-specific effects on bees. Our study suggests that climate-driven alterations in floral resource phenology can play a critical role in governing bee population responses to global change.