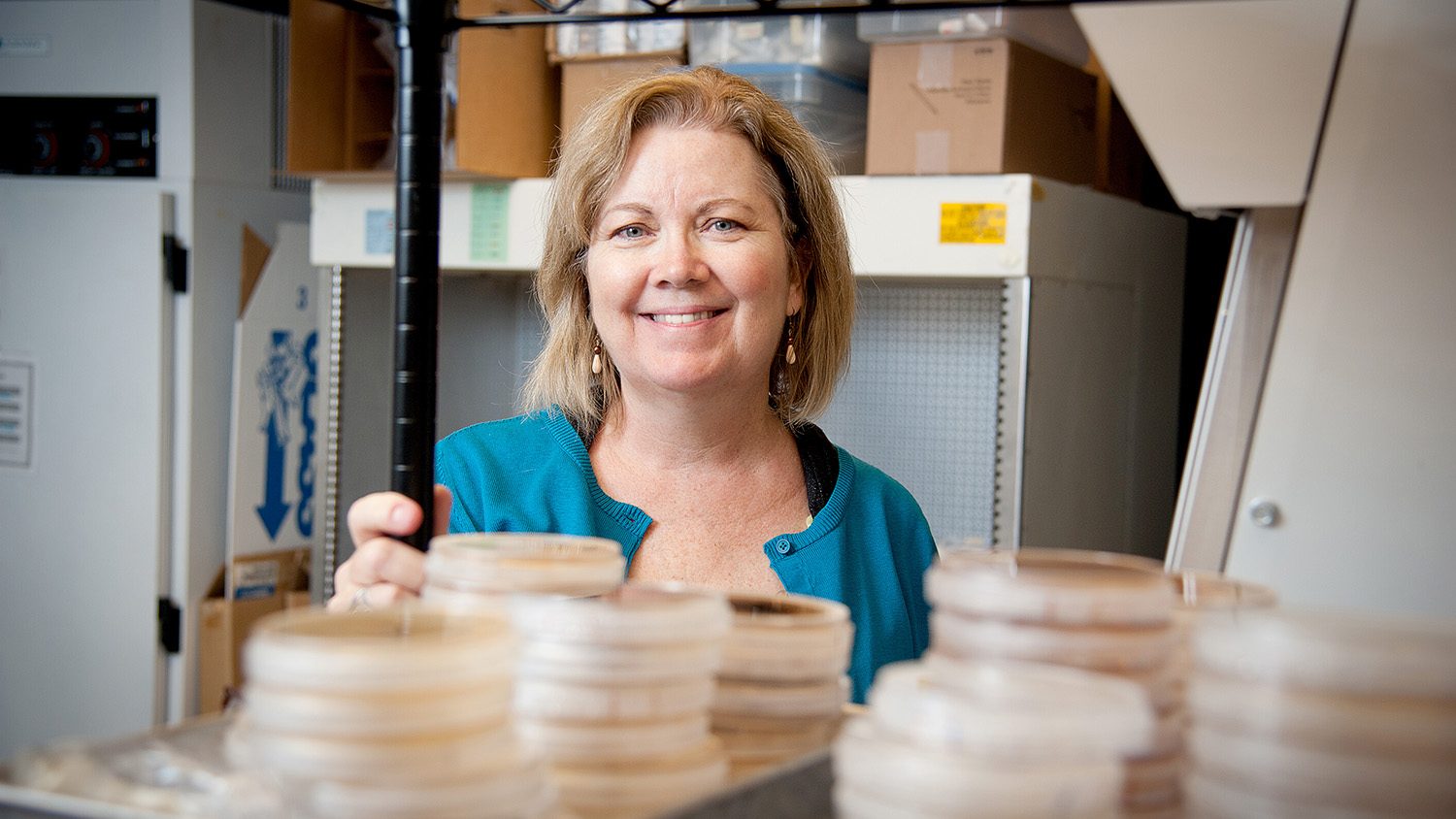 Jean Ristaino’s passion for ensuring food security for a fast-growing world population has taken her around the globe, helping other scientists and students gain skills in identifying and tracking new and re-emerging plant diseases that can decimate crops. Her next stop: Italy.

Thanks to a prestigious Fulbright U.S. Research Scholar Award, the William Neal Reynolds Distinguished Professor of Plant Pathology at NC State will have a chance to both teach and learn as she works with colleagues and students at the University of Catania in Italy.

To Catania and the surrounding region, Ristaino will bring expertise in the diagnosis and surveillance of plant diseases, especially those caused by pathogens in the Phytophthora genus.

In part for her efforts to build a worldwide network of well-trained diagnosticians, she also won the American Phytopathological Society’s Excellence in International Service Award for 2016.

Ristaino will spend about six months in Italy, tentatively beginning in January 2018.

What will you be doing with your Fulbright Award?

I am very interested in improving food security issues globally, and this Fulbright Award provides an opportunity to work with colleagues in Italy who work on the same pathogen that I work on, Phytophthora infestans, which causes late blight. The disease was responsible for the Irish potato famine and continues to pose a threat to tomatoes and potatoes.

Right now there is a disease and surveillance mapping system in the United States and most of Europe, but Southern Europe and the Mediterranean area, including North Africa and the Middle East, are not represented on that map.

So the idea is that I will work to expand rapid and accurate detection and diagnosis of late blight on tomato and potato in the region. That’s important, because there is a lot of trade into the island of Sicily, which is one way new and re-emerging diseases spread.

Colleagues from the University of Catania reached out to me several years ago, and we wrote proposals to fund a post-doc to work on Phytophthora. While it wasn’t funded, it started the dialogue about potential collaborations with colleagues in that part of the world.

On a personal note, my grandparents were from Sicily. They were both born there in a small town called Cefalu and immigrated to the U.S. in the 19th century.  Two generations back my ancestors were farming in Sicily, and I am interested in connecting with my roots.

What do you hope results from this experience?

I plan to build new collaborations and conduct research, as well as help build better infrastructure in plant disease diagnostics in the region. Having a network of well-trained plant diagnosticians around the world benefits agriculture in the United States and abroad from emerging plant diseases.

This also gives us a chance to broaden NC State’s study abroad opportunities in the region. I teach a tropical plant pathology class, and we’ve always taught in Central and South America. We can explore opportunities to bring our students over to Italy and their students here.

I will also have a chance to learn: Another university in Campania, Italy, has a molecular diagnostic lab doing next-generation sequencing, so I’d also like to broaden my skill set in bioinformatics there.

At NC State, I’ve been holding workshops and recently held a meeting to develop a Global Food Security Institute among NC State, the University of North Carolina at Chapel Hill and Duke University. To that end, I think it would be beneficial to have more collaborations with the U.N. Food and Agriculture Organization. I plan to spend some time in the Plant Protection group at the FAO while in Italy. In addition, there are many other colleagues in Europe working on food security issues that I plan to connect with while I’m there. I am very excited about this new opportunity.