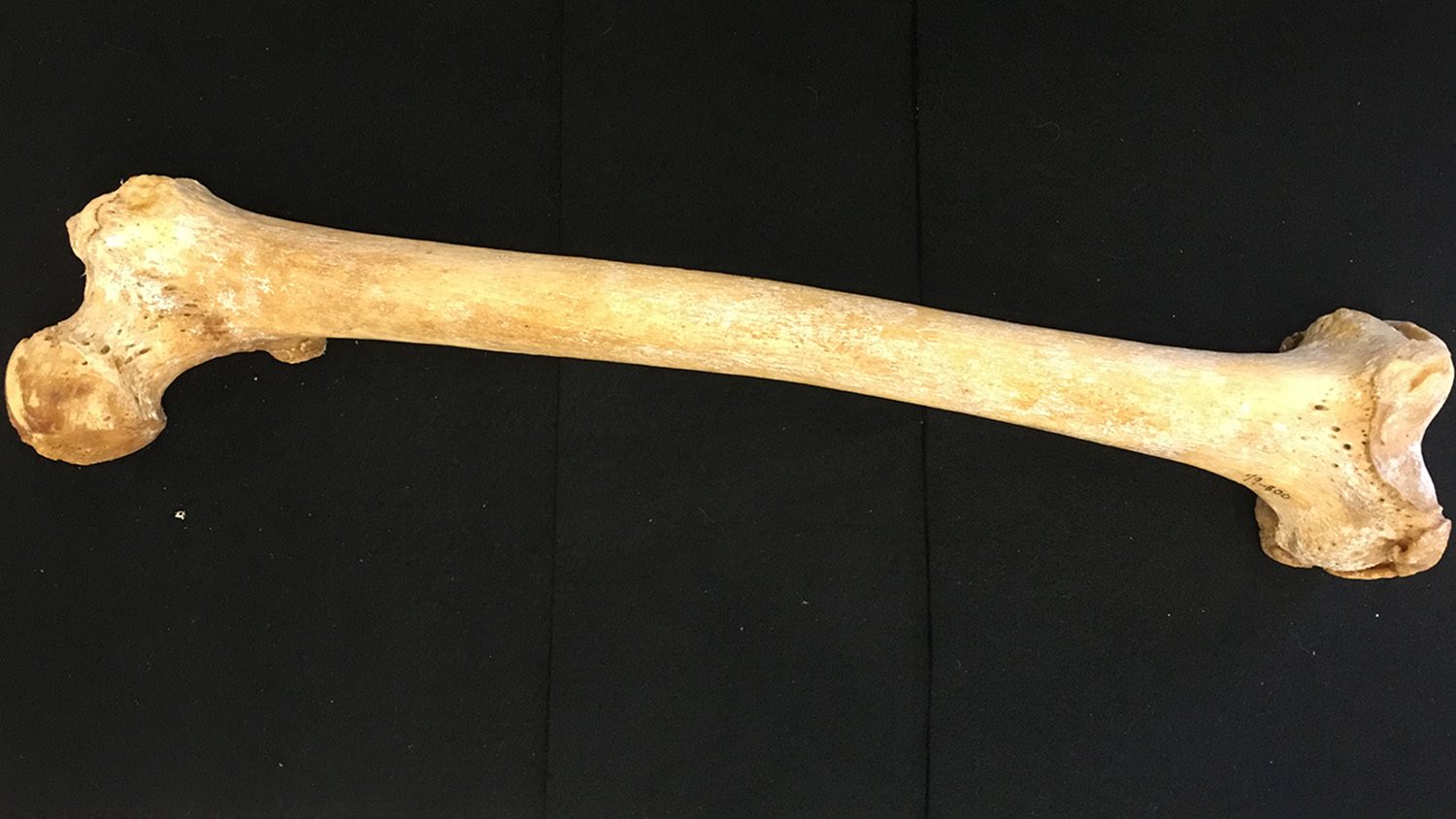 Forensic researchers at North Carolina State University have found a more accurate way to assess an individual’s age at death, based on the bone mineral density of the femur. The technique could be used to help identify human remains.

“Current techniques for assessing an individual’s age at death rely on reviewing the wear and tear on a skeleton’s joint surfaces,” says Ann Ross, a professor of biological sciences at NC State and corresponding author of a paper on the work. “But there is a lot of variability there, based on an individual’s lifestyle and how a forensic practitioner interprets those skeletal features. Depending on the method being used, current approaches could list a deceased individual in his or her 40s as being anywhere from 27 to 70 years old.

“However, bone mineral content and density increase as we grow, then decline at a fairly steady rate once we reach adulthood – making it a potentially useful way of assessing age,” Ross says.

While using bone mineral density to assess age is a concept that’s been around for several years, the NC State team has found a way to fine-tune the practice.

Specifically, the researchers found that assessing bone mineral density at the neck of the femur provided the best sampling data for determining age.

In a study assessing the remains of 33 men and eight women, the researchers found that bone mineral density could be used to determine age within a 13-year margin of error.

“This, in itself, is a step in the right direction,” Ross says. “But we think the method could be made even more accurate if we were able to significantly increase the sample size, including more women and more representatives from each age group.”

The researchers think the skull is better for assessing sex because it’s not a load-bearing bone, meaning it is subject to fewer outside forces – allowing forensic practitioners to detect bone mineral density differences that result from an individual’s biological sex.

“However, while promising, we didn’t have a large enough sample size to draw firm conclusions about using bone mineral density to determine sex – that would require a larger study,” Ross says.

The paper, “Biological sex variation in bone mineral density in the cranium and femur,” is published in the journal Science & Justice. First author of the paper is Anna Paschall, a former undergraduate and Park Scholar at NC State.

Objectives: Sex and age trends in bone mineral density (BMD) play an important role in the estimation of age-at-death (AAD) of unidentified human remains. Current methodologies lack the ability to precisely estimate age in older individuals. In this study, BMD of the cranium and femur measured by DXA were examined to establish their applicability for age estimation in older adults. BMD as measured by DXA, is most commonly used clinically for prediction of osteoporotic fracture risk. We hypothesized that weight-bearing and non-weight-bearing bones, the femur and cranium, respectively, would provide valuable insights for aging.

Methods: The sample consists of 32 sets of excised cranial fragments from the Regional Forensic Center, Johnson City, Tennessee and 41 associated crania and femora from the North Carolina Office of the Chief Medical Examiner. All crania and femora were scanned using a Hologic (R) DXA scanner and data were analyzed using Student t-tests, Loess regression, and ANOVA.

Conclusions: These results indicate age and sex dependent changes in BMD especially for individuals over the age of 55, which offers improvement from current aging methods for older individuals. Further research using a larger sample size could improve the predictive capabilities of the model.