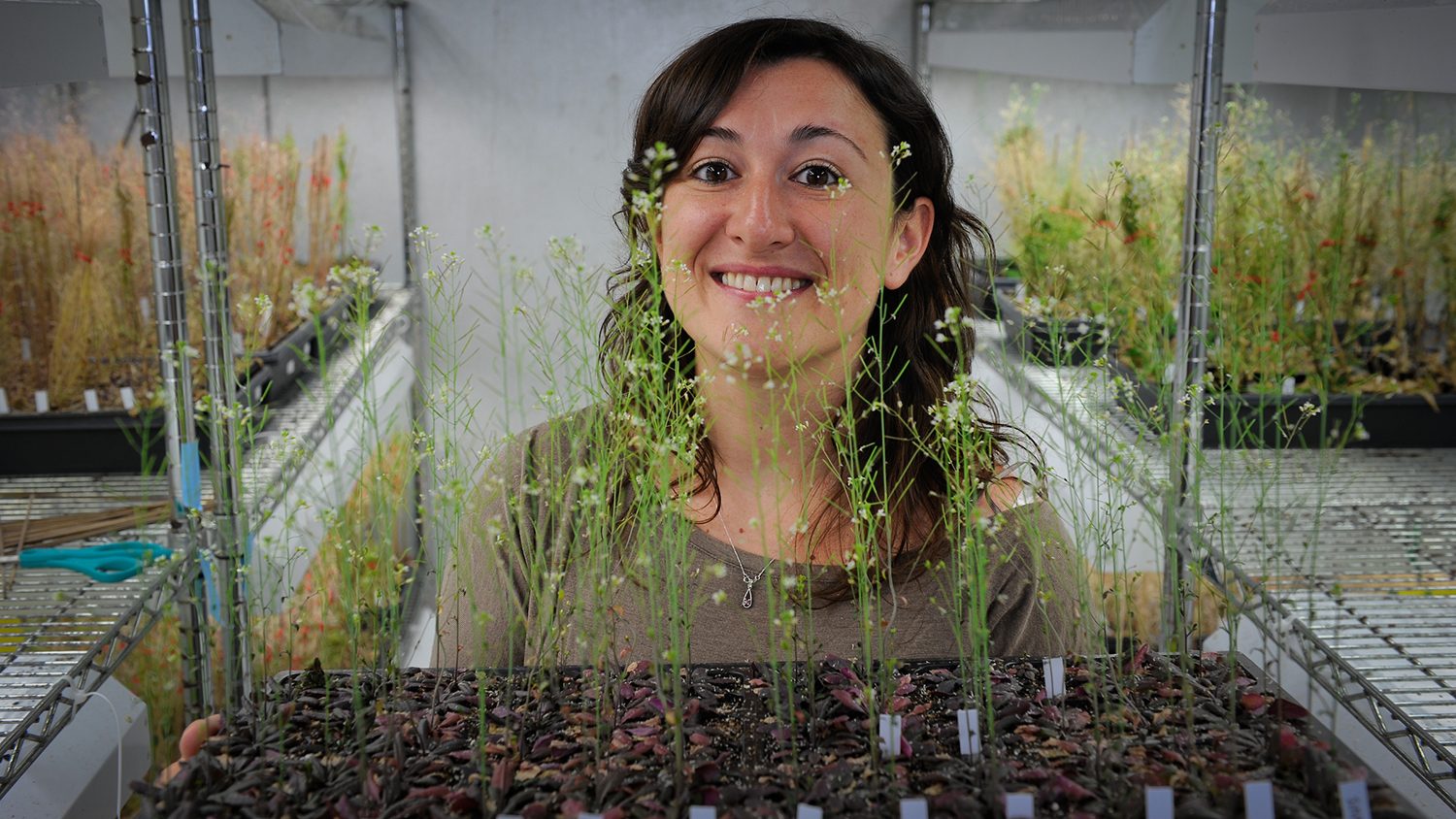 How does your garden grow? A paper published Jan. 9 in the journal Nature gives scientists a deeper understanding of that very thing – the molecular mechanisms that cause plant tissues and organs to get larger and more complex after seeds germinate.

Ross Sozzani, an NC State University plant biologist, is part of an interdisciplinary and international team of scientists from seven countries on three continents who have been exploring cellular differentiation in plants. Their Nature article, “Mobile PEAR transcription factors integrate positional cues to prime cambial growth,” sheds light on a tightly choreographed interplay of proteins, hormones and microRNA at work as a plant grows.

Specifically, the team pinpointed two proteins, PEAR 1 and PEAR2, that integrate cues from the microRNA HD-ZIP III as well as the hormones auxin and cytokinin to cause what’s called radial growth – the growth that leads the plants’ radius to expand.

The findings build on previous research from Sozzani’s lab that led to the development of an imaging technique used to quantify the movement of protein at the cellular level. One of the Nature paper’s co-authors, Pawel Roszak, of the University of Cambridge, spent time at NC State learning about the technique and using it for the radial growth research.

“This Understanding Is Critical”

The research focused specifically on cells in the cambium – a layer of actively dividing cells – of the roots of Arabidopsis thaliana. Arabidopsis is a small, short-lived mustard plant that biologists often use for basic research. That research is vital for scientists working to improve crops grown for food, feed and fiber, Sozzani said.

“Through experiments and mathematical modeling, we were able to better understand the complex and robust system responsible for radial growth,” Sozzani added. “This understanding is critical if we want to enhance agronomic traits – like better absorbance of water and better nutrient remobilization between the shoot and the root.”

The paper reflects work carried out through a longstanding research partnership that led to a bilateral grant from the United Kingdom’s Biotechnology and Biological Research Council and the U.S. National Science Foundation. The grant was awarded to Sozzani, her fellow NC State plant biologist Terri Long, and Ykä Helariutta of the universities of Cambridge and Helsinki.

Helariutta is one of the Nature paper’s corresponding authors, along with Bert De Rybel, of VIB, a life sciences research institution in Belgium. Sozzani’s partnership with De Rybel began through meetings of scientists at VIB and NC State. The meetings were supported by the North Carolina Plant Sciences Initiative, an NC State effort aimed at bringing together interdisciplinary teams of researchers to address challenges in plant biology and agriculture.