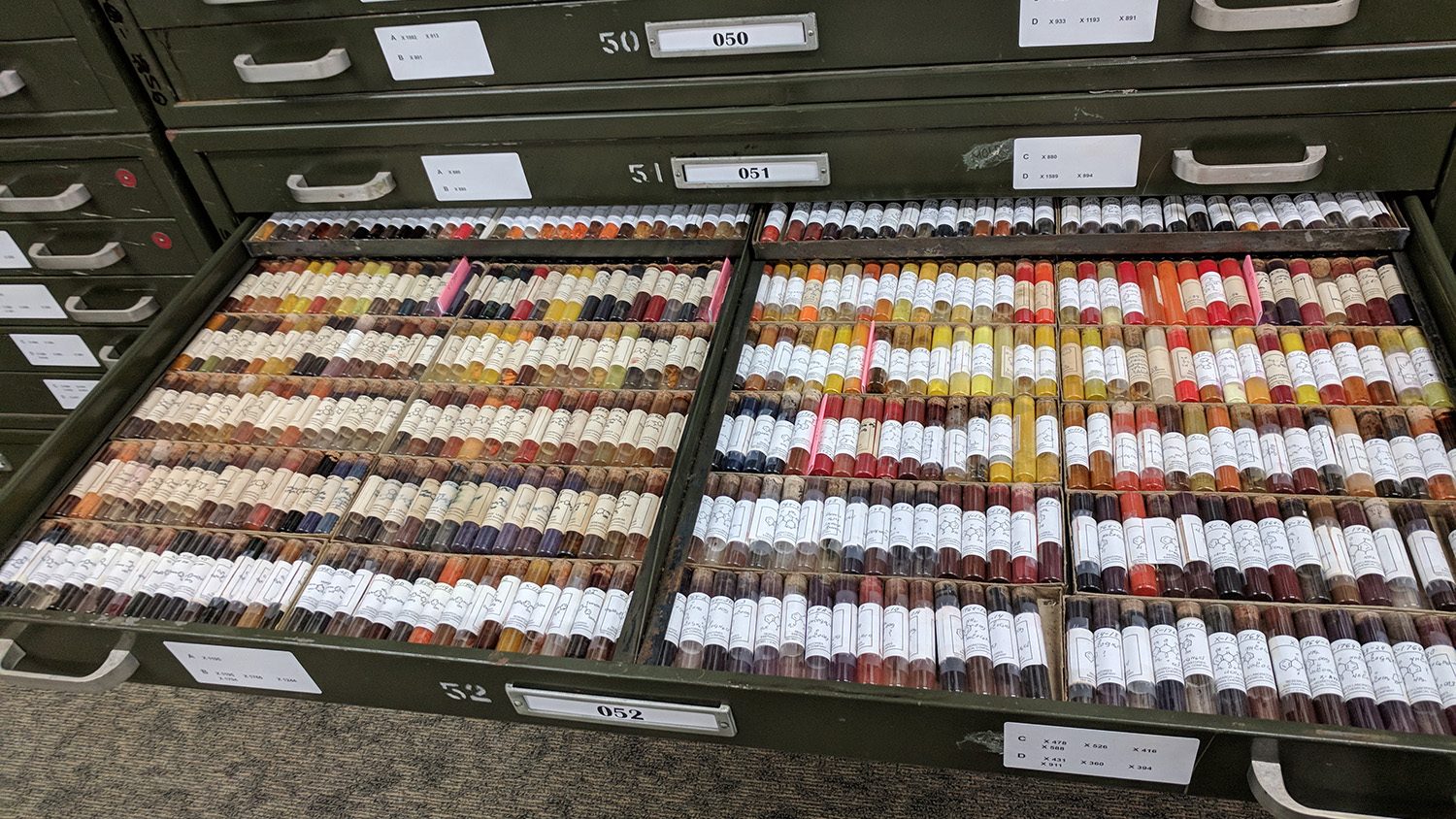 Finding the next generation of safer hair dyes may be as simple as going to the library – in this case, NC State’s Max Weaver Dye Library. The dye library, donated by the Eastman Chemical Company, contains nearly 100,000 unique dyes waiting to be fashioned into the products of tomorrow.

Researchers from NC State’s College of Textiles and the Department of Chemistry searched the Max Weaver Dye Library for compounds with high chemical similarity to known reference hair dyes. Chemical similarity is a measurement of the number of shared structural properties between two compounds. The goal is to discover possible dyes that could be used in next-generation hair-color products that are safer for consumers, stylists and the environment.

A computer-based similarity search, a cheminformatics tool for measuring chemical similarity, was performed to examine more than 2,100 digitized library dyes. The researchers found a subset of 158 compounds with high chemical similarities to the reference hair dyes. Further study reduced viable hair dye candidates down to four dyes and then further down to the two most promising Max Weaver Dye candidates.

“We now have potentially a new subclass of dyes that hold promise for use in hair,” says Tova Williams, a former NC State Ph.D. student and lead author of a journal article about the research. “One in particular has the potential to have a stronger bond with hair.”

Coloring hair is a multibillion-dollar global business that’s growing rapidly. Hair dyes are divided into three basic types, depending on how long they last. Temporary dyes, which coat the hair surface, wash out with one or two shampoos. Semi-permanent dyes last a bit longer – through six to eight washings.

About 80 percent of commercial hair dyes on the market, however, are permanent. When a permanent hair dye is applied, tiny precursor molecules slip inside the core of hair fibers, where they “join hands” to form larger molecules and impart color, Williams says. Permanent hair color resists washing out because it’s physically entrapped inside the hair shaft through the chemical process of oxidation.

“The goal is to use alternative precursors that are not toxic and that don’t cause skin-sensitive allergies,” Williams said. “By modifying the structure of key compounds in the dye library, we hope to design novel dye precursors that are environmentally safe, put them into hair and then transform them into colors to take advantage of the unique dye compound structures.

“There’s more work to be done, but this is a promising start,” Williams said.

The study appears in ACS Sustainable Chemistry and Engineering. The work was funded by the National Science Foundation’s Graduate Research Fellowship Program under grant DGE-1252376.

Abstract: We report on part 2 of the cheminformatics-assisted development of sustainable hair dyes with enhanced technical and toxicological properties. In this study, an initial similarity search analysis was performed using two reference probes (C.I. Basic Orange 1 and Orange 2) as structural templates for the identification of potential analogs among the Max Weaver Dye Library (MWDL). The analysis revealed an interesting subset of 158 MWDL compounds that were close analogs of the classical aminoazobenzene dyes. A more detailed similarity search analysis of this subset ultimately led to the selection of four dyes for further in silico quantum calculations and experimental dye uptake (color depth on hair) studies. Results from quantum calculations indicated that the ESP surface properties of these dyes were consistent with nonionic interactions between dye and keratin. Among the four dye analogs, 2-amino-6-methyl-5-(phenyldiazenyl)pyrimidin-4-ol and 2-amino-4-chloro-1,6-dimethyl-5-(phenyldiazenyl)-pyrimidin-1-ium methyl sulfate achieved the best dye uptake on hair (?K/S 227.31 and 149.26). The results of this study show that cheminformatics-based tools can be used to both build and screen dye databases containing potential alternatives to colorants believed to pose environmental concerns, providing a more sustainable (green) approach to hair dye design, by reducing the number of compounds requiring synthesis and analysis before suitable replacements are identified.