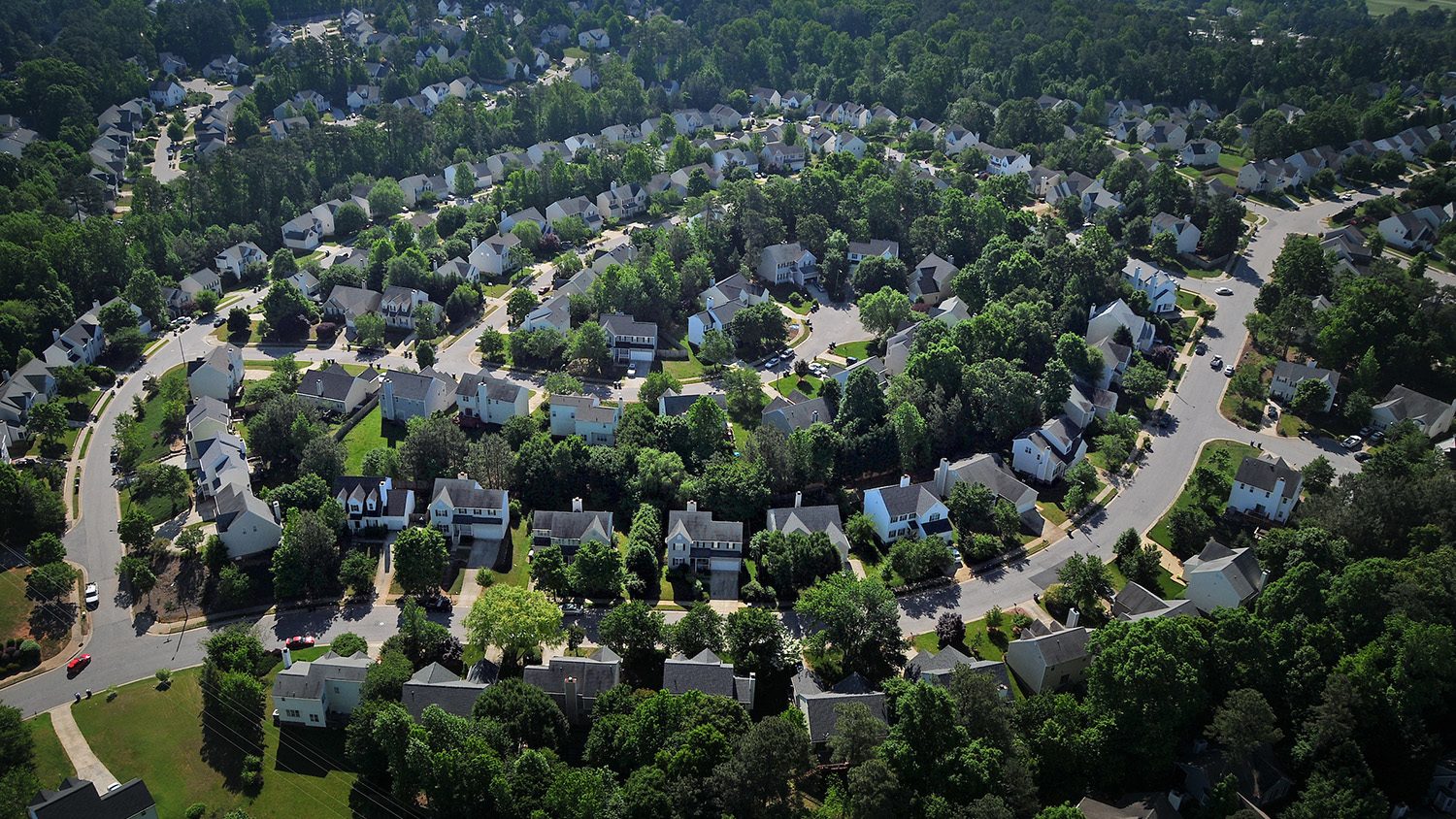 For Center for Geospatial Analytics doctoral student Georgina Sanchez (Dept. of Forestry and Environmental Resources), studying urban water use is both a personal and professional passion. “From availability to use––I’ve always been interested in water,” she says. For her dissertation at NC State, she is exploring water demand in the Southeast, and how to “create useful tools that facilitate decision making.” Her latest analyses, published in Water Resources Research, show that the shape of urban development at small scales influences water use more than the non-structural variables, like education and precipitation, commonly used in past studies. Essentially, her research finds, “Developed landscapes that promote simple, cohesive spatial patterns show potential for more efficient use of water.”

Why, you may ask, is shape so influential?

In simply shaped urban areas, for example, there are fewer lawns, amenities tend to be closer together, and the land footprint per person is smaller. Conversely, in more complicated-shaped patches of development, such as suburban housing, residents tend to use more water (e.g., for their lawns and gardens, backyard pools, etc.), as well as more energy and gas for their cars. “Shape, in relation to the way we design urban spaces, affects not only how we use water, but also it has been shown to influence energy consumption, carbon footprint and physical activity,” Georgina says.

For her study, Georgina examined several thousand census tracts in more than 200 counties across North and South Carolina and built statistical models to predict their water use using landscape, socio-economic and environmental variables. The best performing model included all three categories of variable, but a metric called Shape Index proved to be most important. Shape Index measures the complexity of developed land patches on a landscape; patches with the most simple shapes have low values and patches with more complicated shapes have higher values. “Overall,” Georgina and her co-authors say, “increases in the geometric complexity of spatial patterns of development (measured by the Shape Index) was associated with higher water use of both domestic water use and total water use.”

Her study is the first to show this across a large geographic region. What, then, are the implications of these findings?

“This paper serves as proof of concept of a method,” Georgina says. “Our results indicate that water consumption rates in developed areas across the Carolinas are sensitive to patterns of urbanization. Now, can we use this information to guide how future development choices might play a role in local and regional water demand?” Her ongoing work now “couples water use modeling, land change modeling and advanced geospatial analytics” to forecast urban growth and the associated total water use nearly fifty years into the future. “This is quite novel,” she says, “projecting water demand based on spatial patterns of urbanization and anticipated changes in climate.” A status quo simulation she is running projects urban development based on observed growth trends over the past 20 years, while a “WaterSmart” simulation optimizes water efficiency, including through incentives that promote “infill” near existing development rather than sprawl. Her presentation of a poster based on this research won third place at the 2018 College of Natural Resources Graduate Research Symposium.

For Georgina, the accolades are secondary to making a difference with her research. “All of my work is behind the computer, modeling, but I try as much as I can to connect with our partners and stakeholders in this project––municipalities, water-suppliers, state regulatory agencies, to name some of them,” she says. Her collaborators include researchers from the U.S. Geological Survey’s South Atlantic Water Science Center, Department of the Interior Southeast Climate Science Center and U.S. Forest Service. Georgina is also using only publicly available datasets and open source software for this research, ensuring that it is replicable and scalable to the entire nation. “At the end of the day,” she says, “we want to create a product that people will use.”

Georgina is co-advised by Ross Meentemeyer, director of the Center for Geospatial Analytics, and Jordan Smith, director of the Institute of Outdoor Recreation and Tourism at Utah State University.