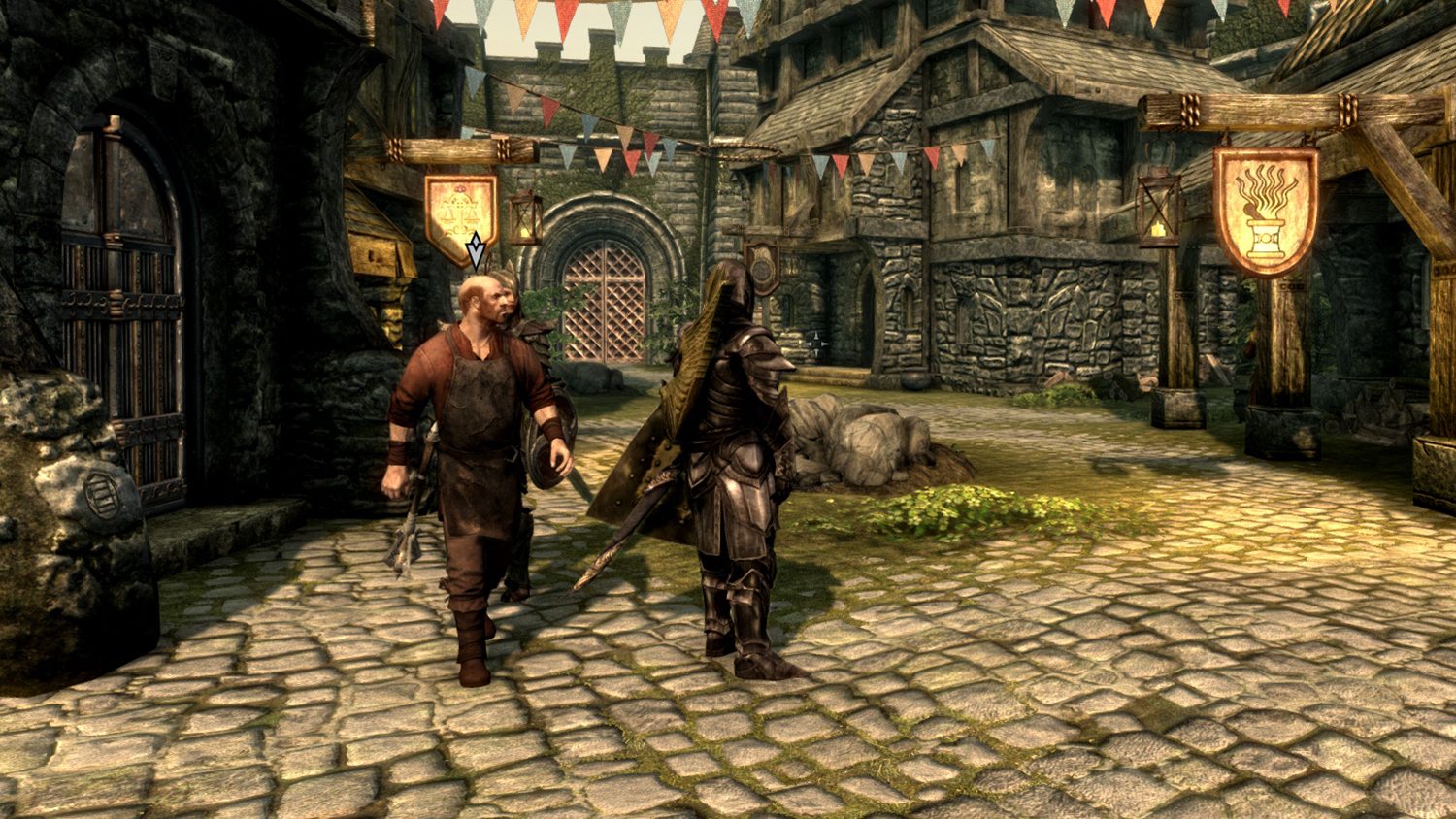 Computer science researchers at North Carolina State University and Universidade de Lisboa have developed a tool for use with the game Skyrim that can be used to create nonplayer characters (NPCs) that allow for more variability and flexibility in game play. The tool, called CIF-CK, is an artificial intelligence (AI) architecture program that uses social behavior models to make individual NPCs more reactive and adaptable to player behavior.

“Most games now rely on scripts to govern NPC behavior,” says Arnav Jhala, an associate professor of computer science at NC State and co-author of a paper describing the work. “In other words, there are decision trees that dictate an NPC’s response to whatever the player is doing. That’s fairly limiting, and means that any two players that make the same decisions will have the same interactions with NPCs. We want to move beyond that, to a more immersive gaming experience. And Skyrim was the game we started with.”

To develop CIF-CK, the researchers built on the Comme il-Faut (CIF) AI architecture model first developed at the University of California-Santa Cruz in 2012.

The original CIF model used social science theory to predict how the behavior of one “agent” would affect how other agents viewed it. For example, if Agent A was nice to Agent B, and Agent X hated Agent B, then Agent X would be less likely to “like” Agent A.

CIF-CK incorporates the approach of that model into its software, but extends it in two ways.

First, all of the agents in CIF know about all of the other agents. That’s not necessarily true in CIF-CK – it’s up to the game developer. In short, each NPC will know as much (or as little) as the developer wants it to know.

Second, CIF tracked changes in how agents viewed each other, but didn’t translate those perceptions into actions. E.g., Agent X may not like Agent A, but the original CIF model didn’t predict what Agent X would do about it. But CIF-CK allows NPCs to make actions based on how they view a player – and that, in turn, is based on what they know of the player’s interactions with other players and NPCs.

The researchers have made a prototype of CIF-CK available on the online STEAM community site under the name “Social NPCs,” in part to see how the tool performed when used by Skyrim players. And the response has been positive, with the tool garnering more than 6,700 subscribers.

“This work demonstrates that tools like CIF-CK can be implemented on a large scale,” Jhala says. “We’re now hoping to work with gaming companies and game developers to incorporate the CIF-CK approach into their development processes – or at least get inspired by it.

“And, of course, we’re always working to make AI more expressive and capable of further enhancing the game-playing experience.”

The paper, “CiF-CK: An Architecture for Social NPCs in Commercial Games,” will be presented at the IEEE Conference on Computational Intelligence and Games being held Aug. 22-25 in New York City. Lead author of the paper is Manuel Guimaraes, a graduate student at Universidade de Lisboa. The paper was co-authored by Pedro A. Santos of Universidade de Lisboa.

“CiF-CK: An Architecture for Social NPCs in Commercial Games”

Abstract: We present and describe CiF-CK — a social agent architecture that models reasoning about persistent social interactions to improve narrative engagement and play experience for human interactors. The architecture is inspired by McCoy et al’s Comme il-Faut (CiF) architecture that represented rich social interactions between agents that included feelings, social and relationship contexts, and longer term mood. The key contribution of this work is in adapting the richness of social interactions from CiF to a first-person interaction experience and a released distribution of its implementation on the Skyrim game engine. The released modification has been successful in the player community for the popular game.