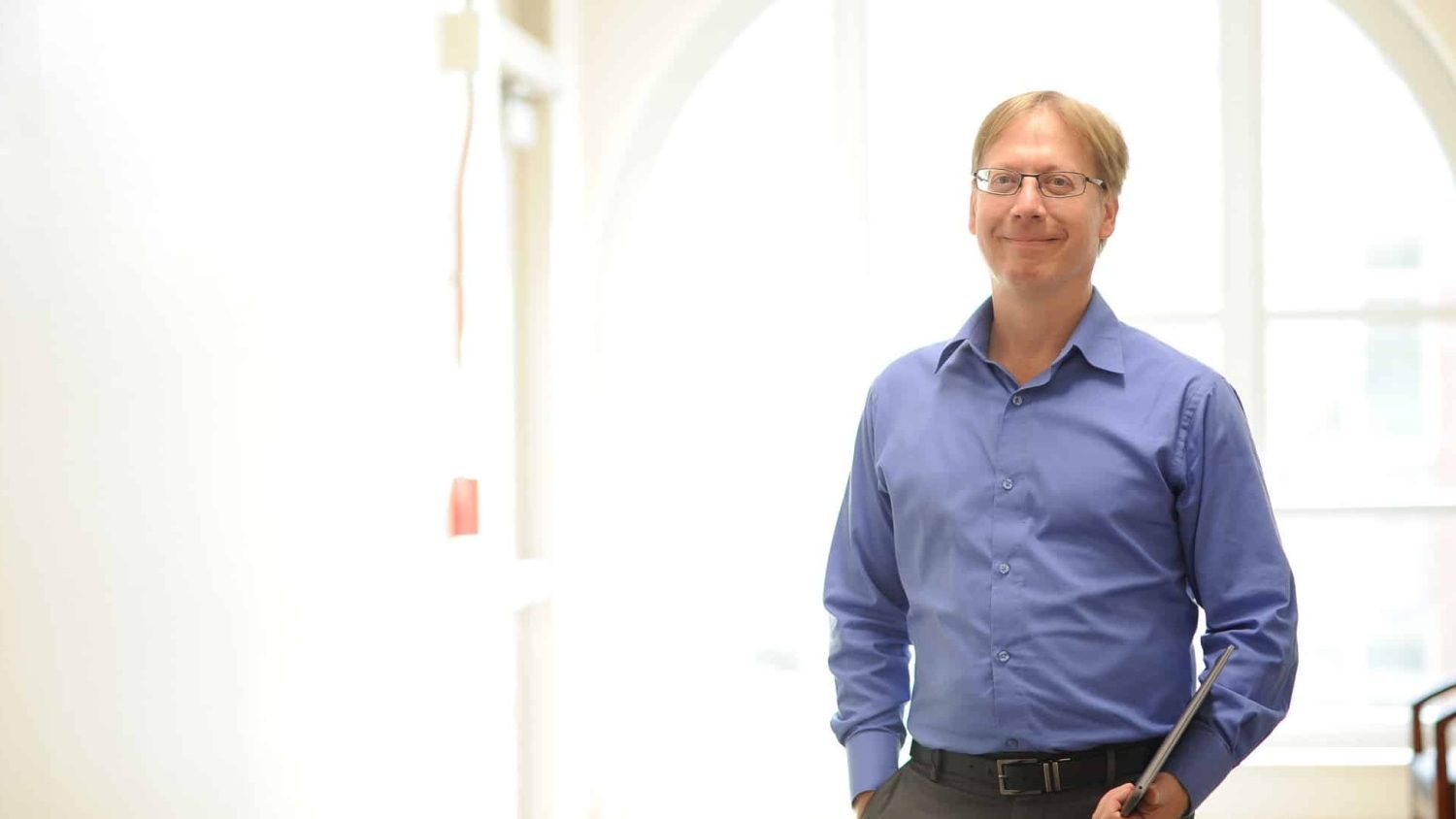 The College of Sciences has named Fred Wright, professor in the Departments of Statistics and Biological Sciences and director of the Bioinformatics Research Center, as a Goodnight Innovation Distinguished Professor. The professorship was made possible by a gift from longtime NC State supporters Jim and Ann Goodnight.

“Fred Wright is a key leader in interdisciplinary research in our college and across NC State,” said Chris McGahan, dean of the College of Sciences. “Gifts from generous donors like the Goodnights allow us to support and amplify his incredible work.”

Wright is an internationally known biostatistician who joined the NC State faculty in 2013. His wide-ranging research interests include genomic bioinformatics, toxicogenomics and the statistical principles underlying high-dimensional data analysis.

Wright has been principal investigator on numerous grants, with activities ranging from development of new methods of gene mapping to expression-quantitative trait mapping for multiple tissues. He was also principal investigator of an EPA-funded STAR Center to apply genomics principles to long-standing problems in toxicology. He is a key investigator in the International Cystic Fibrosis Genetic Modifier Consortium, which seeks to unravel the unexpected complexities of this disease, and in the GTEx Consortium, which seeks to assess genetic regulation in multiple human tissues.

Wright has been awarded over $15 million in research grants over the course of his career. He has authored or coauthored more than 150 scientific publications and delivered more than 80 invited presentations. He is a fellow of the American Statistical Association and of Delta Omega, the public health honor society.

Jim Goodnight is CEO and a co-founder of SAS, the world’s largest privately held software company. SAS emerged from NC State’s Department of Statistics when Goodnight was on its faculty in the 1970s. Ann Goodnight, a 1968 College of Humanities and Social Sciences graduate, is the senior director of community relations at SAS. She is a member of the NC State Board of Trustees and the Friday Institute National Advisory Board. The Goodnights are generous supporters of the College of Sciences and the university, establishing several professorships and the Goodnight Scholars Program and serving as co-chairs of the Think and Do the Extraordinary Campaign for NC State.

Bioinformatics, Honors and Awards, Our Clusters