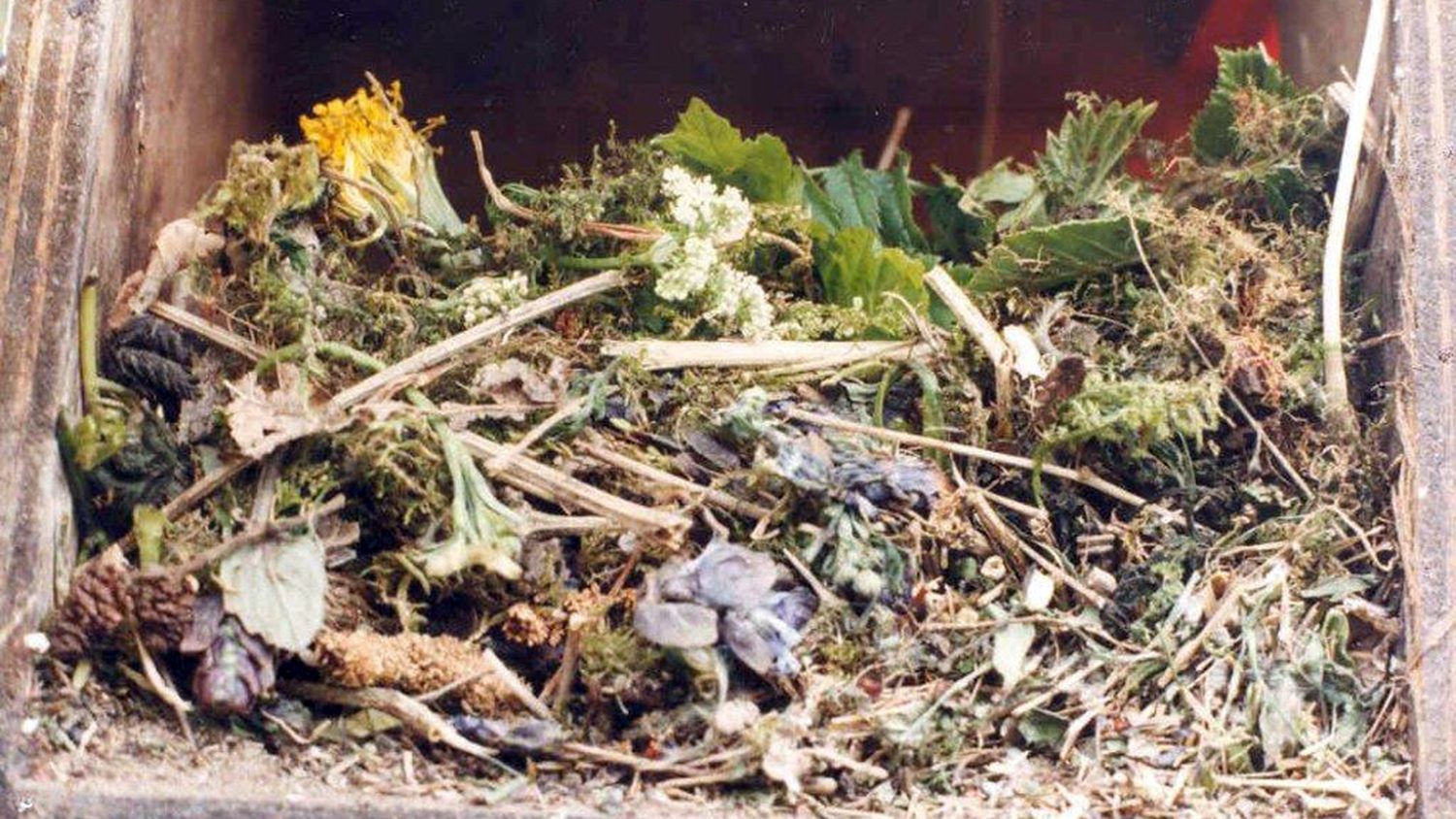 For European starlings (Sturnus vulgaris), the presence of aromatic herbs in the nest leads to some improved parenting behaviors, according to a new study. Specifically, birds whose nests incorporate herbs along with dried grasses were more likely to attend their nests, exhibited better incubation behavior for their eggs, and became active earlier in the day.

For the study, researchers replaced 36 natural starling nests in nest boxes with artificially made nests. Each nest retained the female’s clutch of eggs. Half of the artificial nests included dry grass and a combination of herbs commonly found in starling nests. The other half of the nests had only dry grass. The herbs included were yarrow, or milfoil, (Achillea millefolium); hogweed (Heracleum spondyleum); cow parsley (Anthriscus silvestris); black elder (Sambucus niger); goutweed (Aegopodium podagraria); and willow (Salix alba).

The researchers also placed a “dummy” egg in each nest, which monitored temperature in the nest.

“Egg temperatures and nest attendance were higher in herb than nonherb nests – particularly early in the incubation period,” says Caren Cooper, co-author of a paper on the work and a research associate professor in North Carolina State University’s Department of Forestry and Environmental Resources.

“In addition, egg temperatures dropped less frequently below critical thresholds in nests that contained herbs, and those parents started their active day earlier,” says Cooper, who is also the assistant head of the biodiversity research lab at the North Carolina Museum of Natural Sciences.

The percentage of eggs that hatched successfully was the same for both herb and nonherb nests. However, hatchlings in the herb nests showed signs of developing more rapidly in the egg than their nonherb peers, and nestlings in herb nests were more successful in gaining body mass after hatching.

“While the data indicate that these herbs influenced incubation behavior in a positive way, it’s not entirely clear how that’s happening,” Cooper says.

“It’s possible that one or more of the herbs have pharmacological effects on the parents,” says Helga Gwinner of the Max-Planck Institute for Ornithology, who is a first author of the paper.

“We had previously observed that young from nests that are rich in herbs have improved health indicators,” Gwinner adds. “Starlings select particular herbs for decorating their nests. Intriguingly, some of these herbs are also used in folk medicine. Their known sedative effects might influence incubation behavior by inducing higher nest attendance and reduce exposure of eggs to low ambient temperature.”

The study highlights the importance of the nesting environment for developing nestlings and the wisdom of avian parents.

“Use of volatile herbs is observed in many species,” Cooper says. “More recently, birds have also started to include human objects in their nests. Their benefits and harm should be carefully observed.”

Published: June 6, Proceedings of the Royal Society of London B

Abstract: Development of avian embryos requires thermal energy, usually from parents. Parents may, however, trade off catering for embryonic requirements against their own need to forage through intermittent incubation. This dynamically adjusted behaviour can be affected by properties of the nest. Here, we experimentally show a novel mechanism by which parents, through incorporation of aromatic herbs into nests, effectively modify their incubation behaviour to the benefit of their offspring. Our study species, the European starling, includes in its nest aromatic herbs which promote offspring fitness. We provided wild starlings with artificial nests including or excluding the typically selected fresh herbs and found strong support for our prediction of facilitated incubation. Herb effects were not explained by thermal changes of the nests per se, but by modified parental behaviours. Egg temperatures and nest attendance were higher in herb than herbless nests, egg temperatures dropped less frequently below critical thresholds and parents started their active day earlier. These effects were dynamic over time and particularly strong during early incubation. Incubation period was shorter in herb nests, and nestlings were heavier one week after hatching. Aromatic herbs hence influenced incubation in beneficial ways for offspring, possibly through pharmacological effects on incubating parents.