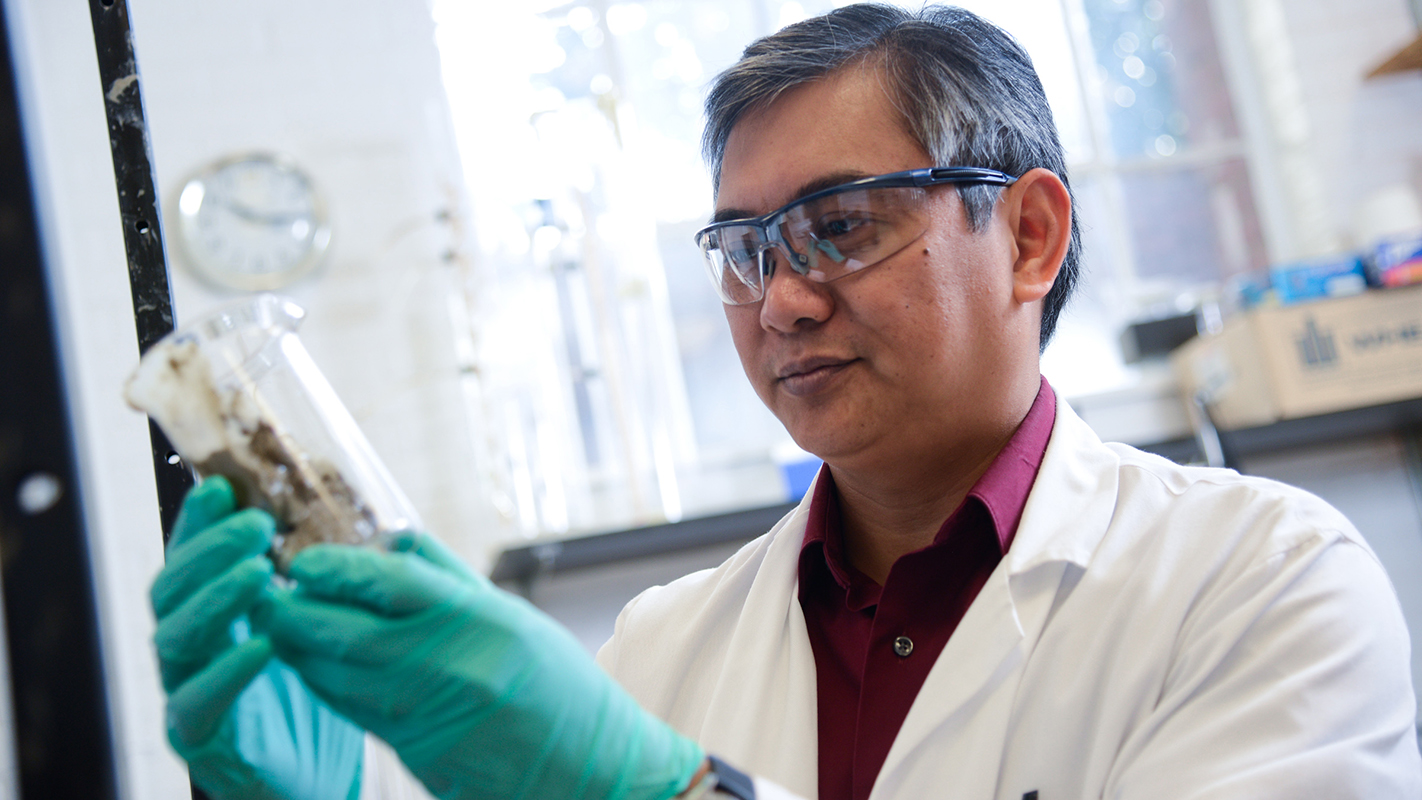 According to Francis de los Reyes III, the problem with World Toilet Day is that it focuses almost entirely on toilets.

“Toilets are only the beginning of the process, assuming you even have a toilet,” says de los Reyes, an environmental engineer, public health advocate and professor at NC State University. “The toilet, outhouse or pit latrine is the user interface for urinating or defecating – but there’s a whole chain of sanitation that follows. The waste has to be stored, removed, transported, treated and then either re-used or disposed of. Every stage in that process is important to protecting public health. We need to think beyond the toilet.”

The United Nations has declared Nov. 19 World Toilet Day to draw attention to the public health problems raised by a lack of sanitation. The U.N. estimates that 2.5 billion people around the world do not have access to adequate sanitation, and that 760,000 children die each year from inadequate sanitation and contaminated water.

De los Reyes thinks about human waste a lot. He went to graduate school in the United States, studying state-of-the-art wastewater treatment technologies. And after joining the ranks of academia, his research focused in large part on using advanced molecular techniques to gain insight into the microbial organisms that play key roles in breaking down waste. Pretty cutting-edge stuff.

But de los Reyes didn’t grow up in the U.S., where wastewater treatment plants and septic tanks are taken for granted. He grew up in the Philippines. And he wanted to apply his research skills to problems that most people in the U.S. never even think about.

“I wanted to address problems that are relevant to the world, not just the developed world,” de los Reyes says. “That’s what led me to this area of research. The ultimate goal here is to save lives.” [Note: a TED talk by de los Reyes on human rights and the importance of sanitation can be seen here.]

If you want to study how to tackle human waste in the developing world, one of the biggest challenges is money. Frankly, it’s tough to find funding for work in this field. But in recent years, de los Reyes has managed to pull together enough support to launch four research projects on four different aspects of waste management.

There are at least two good reasons to have people urinate and defecate into separate systems. For one thing, fecal matter doesn’t smell as bad without the addition of ammonia-rich urine. But the other reason is that urine is richer in phosphorus and nitrogen but has fewer pathogens than feces.

Phosphorus and nitrogen are key elements in fertilizer. By adding magnesium to urine, you can make a chalky, solid material called struvite – and struvite makes a great fertilizer.

The challenge is that this technique is not currently cost-effective – the magnesium costs too much.

“We’re hoping to find alternative sources of magnesium that would make this economically viable,” de los Reyes says. “We have some good ideas about how to do this, but it’s too early to go into detail.”

Another project de los Reyes is working on is much further along.

In 2011, an engineering student named Tate Rogers came up with an idea to help reduce the amount of contact people have with human waste when emptying pit latrines – holes in the ground that people poop in.

The idea was to create a hand-held tool that used a gasoline-powered auger (like a giant corkscrew) to pump the waste out of the pits into portable containers. The twisting of the auger would act like an Archimedes’ screw to move the waste.

Rogers worked with NC State researchers Bob Borden and de los Reyes to create the device – called the “Excrevator” – and the team continues to fine-tune it after field-testing the equipment in India, South Africa and Malawi.

“We’ll be doing additional tests in Senegal, India and Malawi over the next year,” de los Reyes says. “The next step will be to scale it up for widespread use.”

In a separate project, de los Reyes is studying the microbial communities found in latrine pits to better understand how human waste breaks down in the pits.

“I took samples from pits in South Africa in 2013 and extracted microbial DNA from the samples before flying back to the States,” de los Reyes says. He and his team are in the process of analyzing the resulting data, and hope to find information they can use to alter pit designs or otherwise influence the microbial community to break down human waste more quickly.

“We hear about ‘magic’ pits that never seem to fill up, while other pits fill up very quickly,” de los Reyes says. “We want to see if we can figure out what’s behind the magic.” [Note: de los Reyes wrote a piece on this work for Medium, called “Just Another Shitty Day.” It is well worth reading.]

And lastly, de los Reyes is studying … toilets. (They are still part of the waste disposal process, after all.)

Working with his colleague Joel Ducoste, de los Reyes is using computational fluid dynamics to design a toilet bowl that can thoroughly flush waste with only one liter of water. That’s pretty ambitious, considering that even low-flow toilets use between 4.8 and 6 liters per flush.

“We’re looking at the shape of the bowl, where to place the water jets, and what the water’s velocity should be,” de los Reyes says. “From a water sustainability standpoint, this would be a significant advance.”

But while de los Reyes is excited about his ongoing research projects, in a way he feels like he’s just getting started.

De los Reyes is under no illusions that any individual can solve the global sanitation problem alone. That’s one reason he created a course at NC State designed to attract and train the next generation of engineers who can help protect public health in the developing world. He launched the course, Water and Sanitation for Developing Countries, in 2011 and it’s still going strong.

One other thing that has de los Reyes excited about the future of this research is the announcement that NC State has created a faculty cluster around global water, sanitation and hygiene (WaSH). By establishing a global WaSH cluster, NC State is committing to hiring several new faculty in diverse disciplines who are all focused on addressing challenges to sustainable water and sanitation in the developing world.

De los Reyes played a key role in the creation of the global WaSH cluster, which is still in the early stages of development (they haven’t even hired the relevant faculty yet). But while the initiative is young, de los Reyes is optimistic that the group will be able to address technical problems, find ways to make solutions economically sustainable and address social and cultural concerns that bear on waste management.

“Sanitation is a basic human right,” de los Reyes says. “This is a problem worth working on.”

Global Water, Sanitation and Hygiene, Our Clusters, Research and Innovation